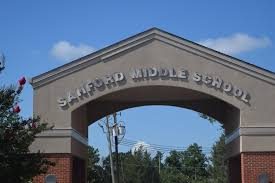 Going from elementary to middle school is a huge transition. There are 10 times more kids which means more drama. Middle school is where a lot of kids go south and start dating, starting drama and most likely lose and make different friends. Doing all of that can and usually does create drama about the dumbest things. “All of my friends weren’t my friends by the end of middle school because of the dumbest drama and usually fake drama; ruined a lot of friendships.” said Lia Boling

The hours of middle school was great in the beginning of the year. Waking up later was amazing, but getting home at 4:30 or even 5:00 was horrible. “For me the hours sucked because right when I got home, I would have to go straight to practice and right after practice I had dinner and went to bed. I had no time for homework or myself.” said Spencer Beare.

In middle school everyone in a relationship thought they were ‘in love’ and going to last forever. No, kids would either break up in less than 2 weeks or never even talk to each other. “It is very dumb to date in middle school becasue of the drama other studnet may make up just to start stuff for no reason.” said Leah Witham.

In middle school kids are finally given a little bit of freedom, which can be a good or bad idea. In 6th grade there are alot of immature kids that again create drama and fights with others. Those 3 years is when a lot of kids start to go through puberty and get made fun of for no reason. Social harassing becomes very common during middle school because kids are still maturing and don’t have strong social skills yet.

Popularity … is something else in middle school. With every kid wanting to be popular and known is all what we cared about. Obviously going to a new school you want to make friends and be cool plus it helps your sense of self worth and better your social skills, but we all know about the one kids and THE friend group that is so ‘popular’. That’s when popularity leads to bullying and having people “better than others”.