A Woman President After Trump? 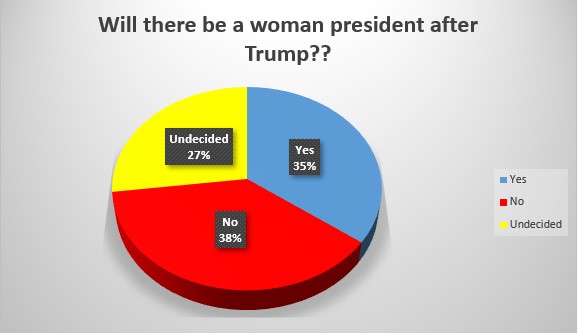 Elizabeth Warren is a senator from Massachusetts. She was a teacher.

She has a plan for everything.

Kamala Harris is the only black woman running for president. She is a lawyer and senator from California. Her parents were both immigrants to go to college.

Amy Klobuchar (Kloh-bush-are) is like Vice President Biden but looks better and a woman.

She isn’t bold, she plays it safe.

Marianne Williamson believes in the power of thought. She thinks she is magic. She believes in repaying African Americans now as an apology for slavery.

Tulsi Gabbard is a congresswoman from Hawaii. She believes in ending wars. She was a vet.